IRVINE, Calif., November 29, 2018 – Nearly one in five motorcycle owners is now female, compared with one in 10 less than a decade ago, and the data suggests that women could soon make up one quarter of owners, which would be a major shift in motorcycling demographics, according to the latest national survey by the Motorcycle Industry Council.

“As the number of Boomer and mature motorcyclists shrink and are replaced by newer riders, we could soon be looking at a solid 25 percent of motorcycle owners being female,” said Andria Yu, MIC director of communications. “We’ve seen with our own eyes many more women riders — on the roads, on the trails, on the track, with families, at motorcycling events, forming clubs and just being part of everyday group rides. Many people in the industry have worked some 30 years to achieve this, and now the data confirms it: More and more women are getting out there and enjoying motorcycles.”

The MIC polled 2,472 adults nationwide for the 2018 Motorcycle/ATV Owner Survey. For decades, the MIC surveys have served as the census of motorcycling, and have tracked a steady growth in the percentage of women who own bikes.

“Major efforts to increase the number of women riders go back to the late 1980s when top manufacturers and distributors came together and formed Discover Today’s Motorcycling, the industry outreach program built to introduce new riders to two-wheeling,” said Cam Arnold, a longtime industry executive who is organizing a Women in Powersports networking event this evening in New York City. “The first DTM project in the 1980s spotlighted the historic 1916 Van Buren sisters ride across the country and garnered much media attention. Throughout the 1990s and on till today, the big brands have dedicated increasing amounts of attention to the women’s market, and we’ve simply seen more and more positive imagery on TV, in movies and in many mainstream settings where women on motorcycles are just having fun.”

The 2018 owner survey also found that women motorcycle owners spend, on average, $574 a year on tires, routine repairs, maintenance, replacement parts, and accessories and modifying equipment, compared with $497 by men.

“We’ve seen particularly strong growth in the aftermarket sector for women,” said Cinnamon Kernes, newly appointed vice president and general manager of MIC Events and the American International Motorcycle Expo presented by Nationwide, the largest powersports trade and consumer show in North America. “Over the past decade, more women are designing riding gear and other products specifically for female riders, working in major companies or creating their own brands. Having gear designed for women by women was a huge step and has certainly helped encourage female ridership.”

The Women in Powersports gathering today will be at the Manhattan showroom and factory of Breaking Hearts & Burning Rubber, a company owned and operated by women producing motorcycle gear and apparel for women.

Motorcycling has grown in popularity and acceptance in American culture in recent decades, which is reflected in the survey. It found that 66 percent of women motorcycle owners say their family and friends would have a positive attitude toward motorcycles and scooters.

Additional data on women riders, and all riders, from the MIC’s 2018 Motorcycle/ATV Owner Survey, will be spotlighted and discussed at tonight’s Women in Powersports event and at the Progressive International Motorcycle Show this weekend at the Jacob K. Javits Convention Center in Manhattan.

The MIC is headquartered in Irvine, Calif., with a government relations office in metropolitan Washington, D.C. First called the MIC in 1970, the organization has been in operation since 1914. Visit the MIC at www.mic.org.

Who needs a broom when you can race the wind on your motorcycle! These cute T’s are shipping now so you can rock them on Halloween 🎃 XS-4X check them out here > https://www.steelcowgirl.com/witch-motorcycle-shirt/

When you join the Steel Cowgirl Group Facebook page (28,446 & growing) you will see a pinned post with a link to a map.  Here, women around the world have been pinning their locations.  Today I went to check in and WOWZERS have we grown!  Women are living the Steel Cowgirl lifestyle (Be Brave, Be Kind) on all continents except Antarctica brrrrrr.

The beauty of Steel Cowgirl is that if you see a woman wearing any of our gear (www.SteelCowirl.com) know that you can approach her, say hi and have an instant friend.  Remember, Steel Cowgirl is not a club, rather a way of being and treating others.  You can be a member of any club and still be a Steel Cowgirl and THAT is a beautiful thing!

Steel Cowgirl is a way of living and treating others; be Brave and Kind.  Since we aren’t always on our bikes I thought I’d kick up this blog with things I like to know and hopefully you would too!

Let’s kick it off with Fall 2018 Makeup Trends.  From color pop eyes to bright red lipstick, Fall make-up is all about making a statement.  Now, I was a teen in the 80’s and while I LOVE color, I’m not sure I can pull off the vibrant 80’s color blast without looking like Mimi from Drew Carey! Ha!

So, my advise is to take the trends and turn them down from 10 to a 5 but still have fun with it.  A hint of pink and purple lightly brushed across the eye is still fab and pair that with a paler lip to keep it on trend but not overwhelming.  For the red lip trend, only apply mascara to your eyes and choose a fun pop of red on the lips.  It doesn’t have to be fire engine red if you prefer a more subdued look but heck, if you’re like me, go for fire engine red, hop on your motorcycle, throw on your shades and rock it! 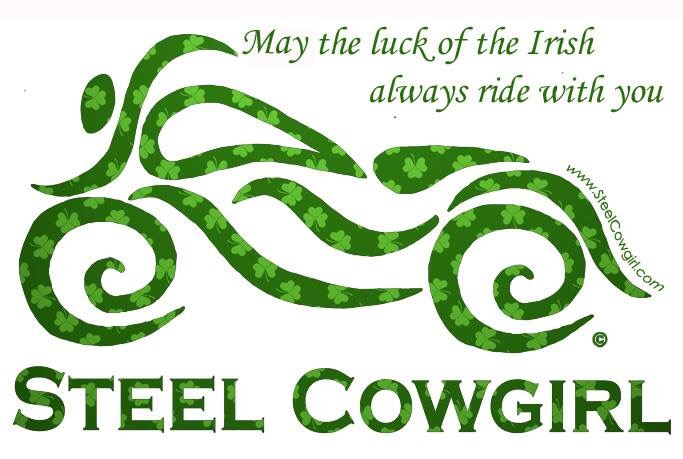 Happy World Peace Day ☮💜🌎🌍🌏Each year the International Day of Peace is observed around the world on 21 September. The day was established in 1981 by the United Nations General Assembly and in 2001, the General Assembly voted to designate the day as a period of non-violence and ceasefire. 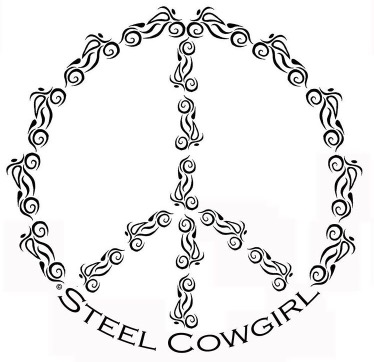 I’m so excited about the new cowboy hat collection!  From navy, lavender and olive to stripes and whipstitching, these hats will take your look to the next level.  All have shapeable brims and an interior comfort band for a great fit.  Click below to see more!

TAKE ME TO THE HATS!

We have a hall closet packed with helmets, gloves, chaps, scarves etc., etc. so when I got a new helmet I thought, ok we need to figure out more storage. Our house is small and space is limited. As we walked around Hobby Lobby the other day we came across these boxes and the 💡 lightbulb went off…hang them!   Many shelves were too narrow for helmets so a larger depth is the key, these are 12×12. They have drawers (baskets) for gloves, scarves, sunscreen etc and hooks mounted to a weathered board completed our tiny wall mudroom!

So now you can make one too if you are spacially challenged, just find a little wall! ❤️ Regina

Error: Twitter did not respond. Please wait a few minutes and refresh this page.